It is the first time I read RUP. There are a few points I would like to make: 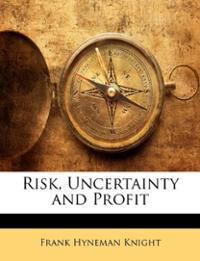 There is much more in the RUP, and if you have not read it and are interested in entrepreneurship, market process, microeconomics, and risk RUP is a must. Besides, Frank Knight had a fascinating approach to social sciences. He was critical, skeptical, and a heretic in many ways.

These additional readings helped me understand the RUP better and to contextualize Frank Knight and his thinking - they are in no particular order:

Economics Is Not All of Life

Frank H. Knight on the “Entrepreneur Function” in Modern Enterprise

Raines, J. Patrick, and Jung Clarence R. "Knight on Religion and Ethics as Agents of Social Change: An Essay to Commemorate the Centennial of Frank H. Knight's Birth." The American Journal of Economics and Sociology 45, no. 4 (1986): 429-39.